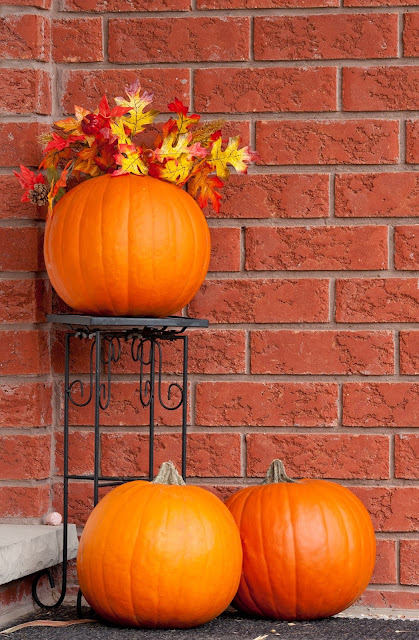 Are you ready? I'm not. We're never ready for holidays any more. I used to be a lot more organized when it came to holiday times, but the older I get, the less important it is to do all the decorating and gearing up.

We used to "do" Halloween to "the nines" when my children and grandchildren were small, but not so much anymore. We get all the goodies to hand out, but there's very little in the way of decorating. A jack-lantern here and there but that's about the extent of it.

The same for Thanksgiving. Sometimes I'll have a bunch of small fall gourds in a big wooden bowl, and there's usually a small outdoor wreath, and uncut pumpkins outside on the porch, and in the front entryway of the house two fall floral arrangements. That's pretty much it.

Since our kids married and started their own families (families who are now grown up - the grandbabies are all between 18 and 20!) the only holiday I really take time to decorate for is Christmas. For most of the other holidays our small family is somewhat split up and it's rare for all of them to be here for Thanksgiving.

That happens to be the big racing weekend in our area (usually in Peterborough - "Fall Colours") to end the official race season and sometimes one or both of our kids families are at the races, leaving us to do our own thing. 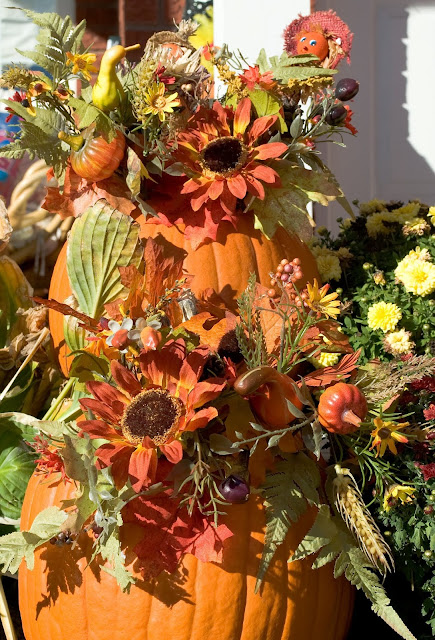 If it turns out to be a nice weekend we might take a road trip to get in a last outdoor holiday before the cold weather sets in, and to take photos of the autumn views and landscapes; if it's a miserable weather weekend we snuggle in and watch movies.

But the one thing we always do have is turkey - one way or another. Sometimes I'll cook the turkey and we'll have turkey on lovely soft rolls or homemade bread; other times, it's a fully dressed Thanksgiving dinner ... but there is always turkey. It wouldn't be Thanksgiving without it.

Most years we've been pretty lucky with the weather at Thanksgiving. Unlike the US (whose Thanksgiving is the fourth Thursday in November), Canada's Thanksgiving falls early in October (usually the second Monday in October), so for us in the northern part of the American continent the weather is still in the throes of changing from summer to fall.

Every year it's a lottery when it comes to the weather ... either it will be almost as warm as late summer, or it will be almost as cold and snowy as winter. I think the earliest full snowfall I remember was on October 8th ... and that was not nice.  Personally, I'd like it to stay like late summer right through the winter (which is why we spend most of our winter in Florida!) but in Canada, that would be what most people call a miracle. 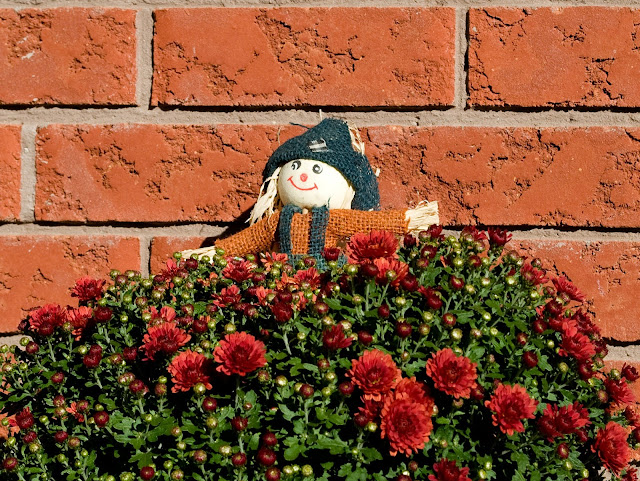 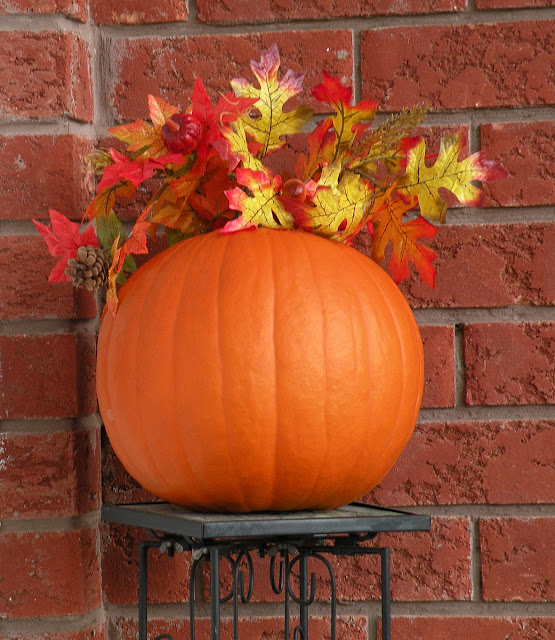 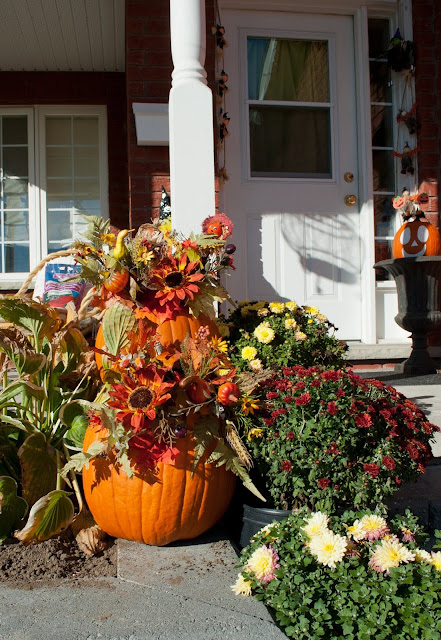 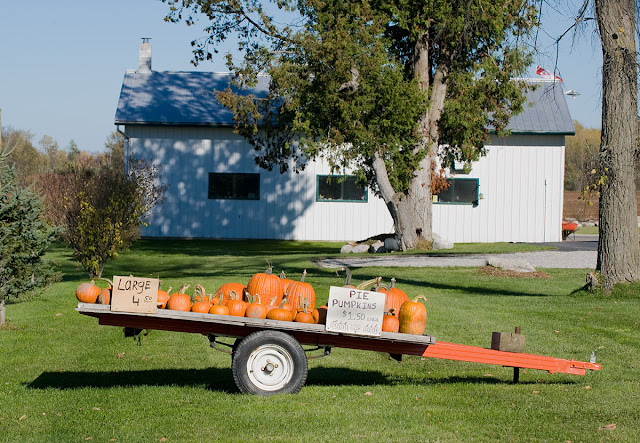 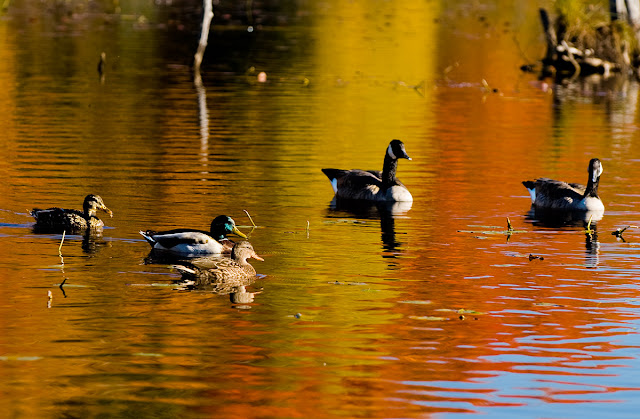 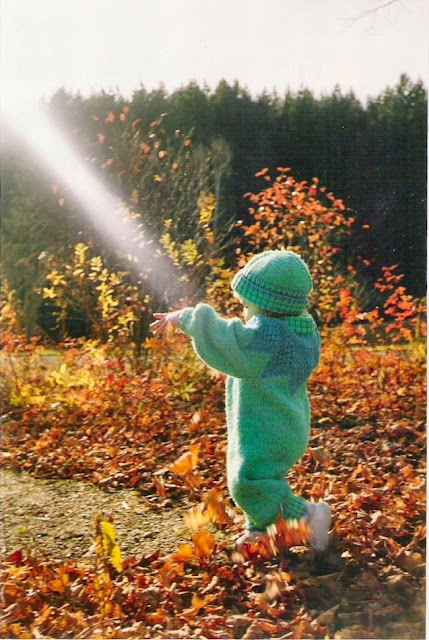 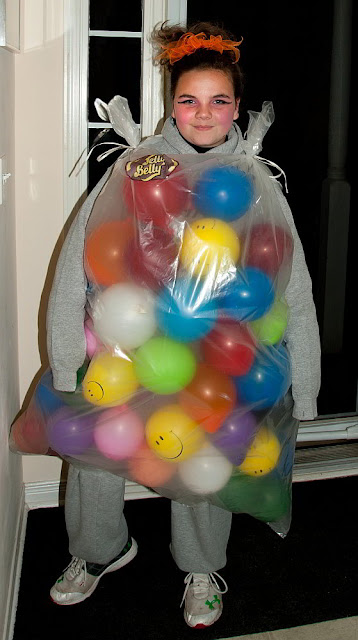 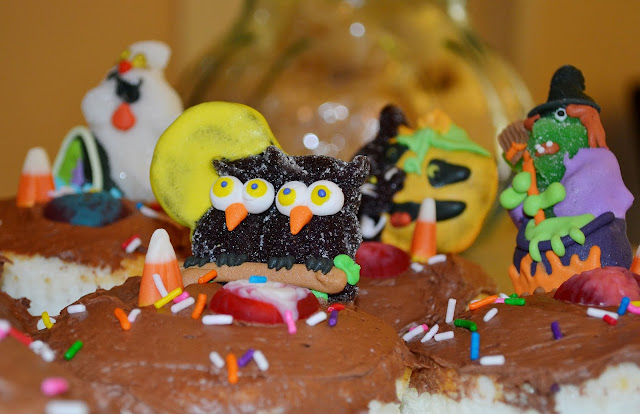 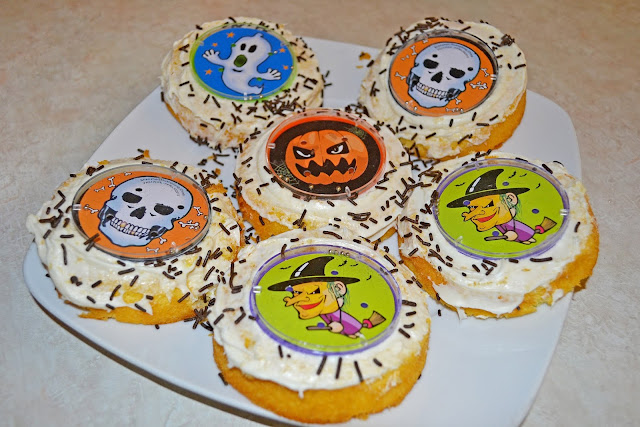 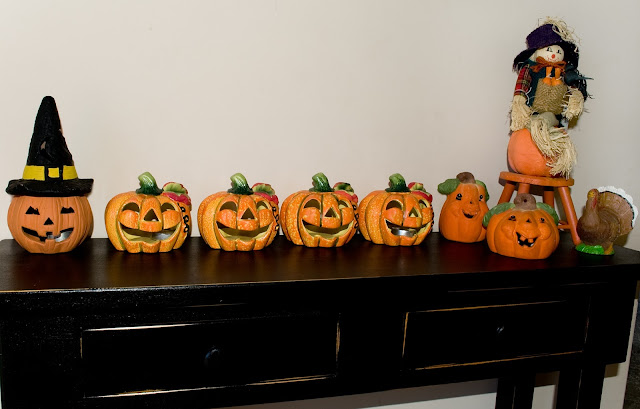 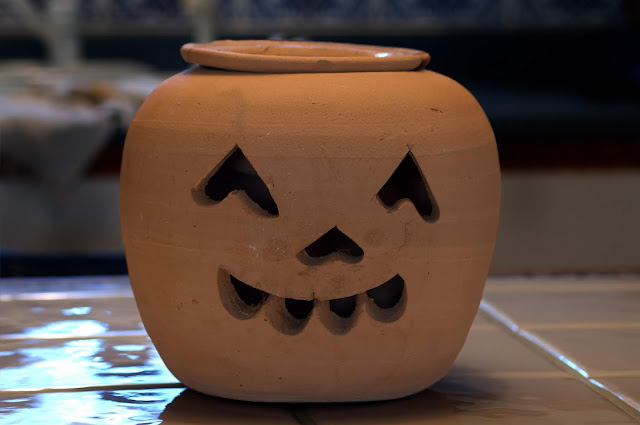 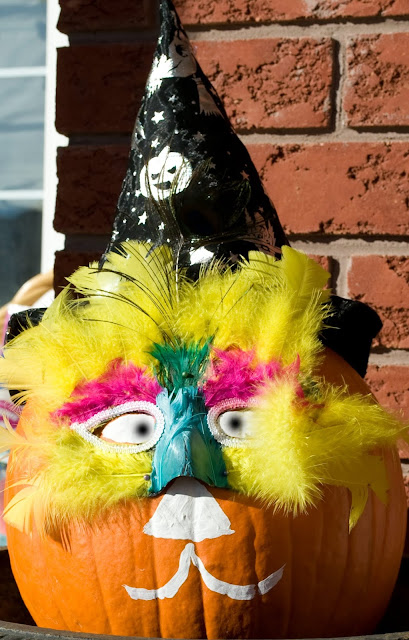 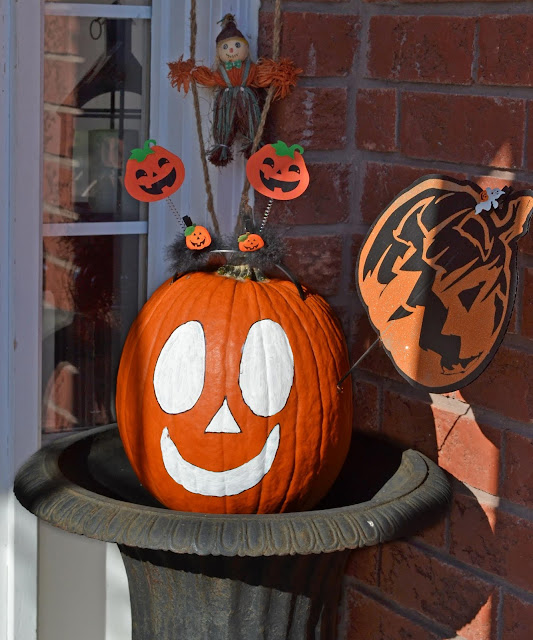 And I just have to share this one last photo ... technically, it isn't a Halloween or Thanksgiving display - it used to sit on the service desk of a now- defunct business, but I certainly think it could easily work for Halloween, don't you? 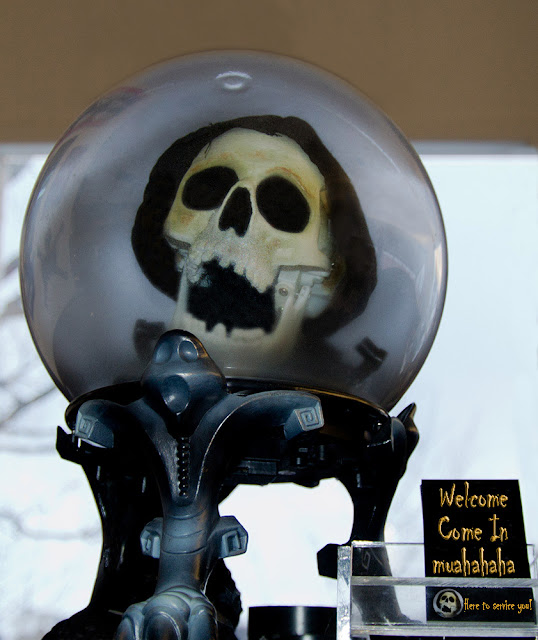